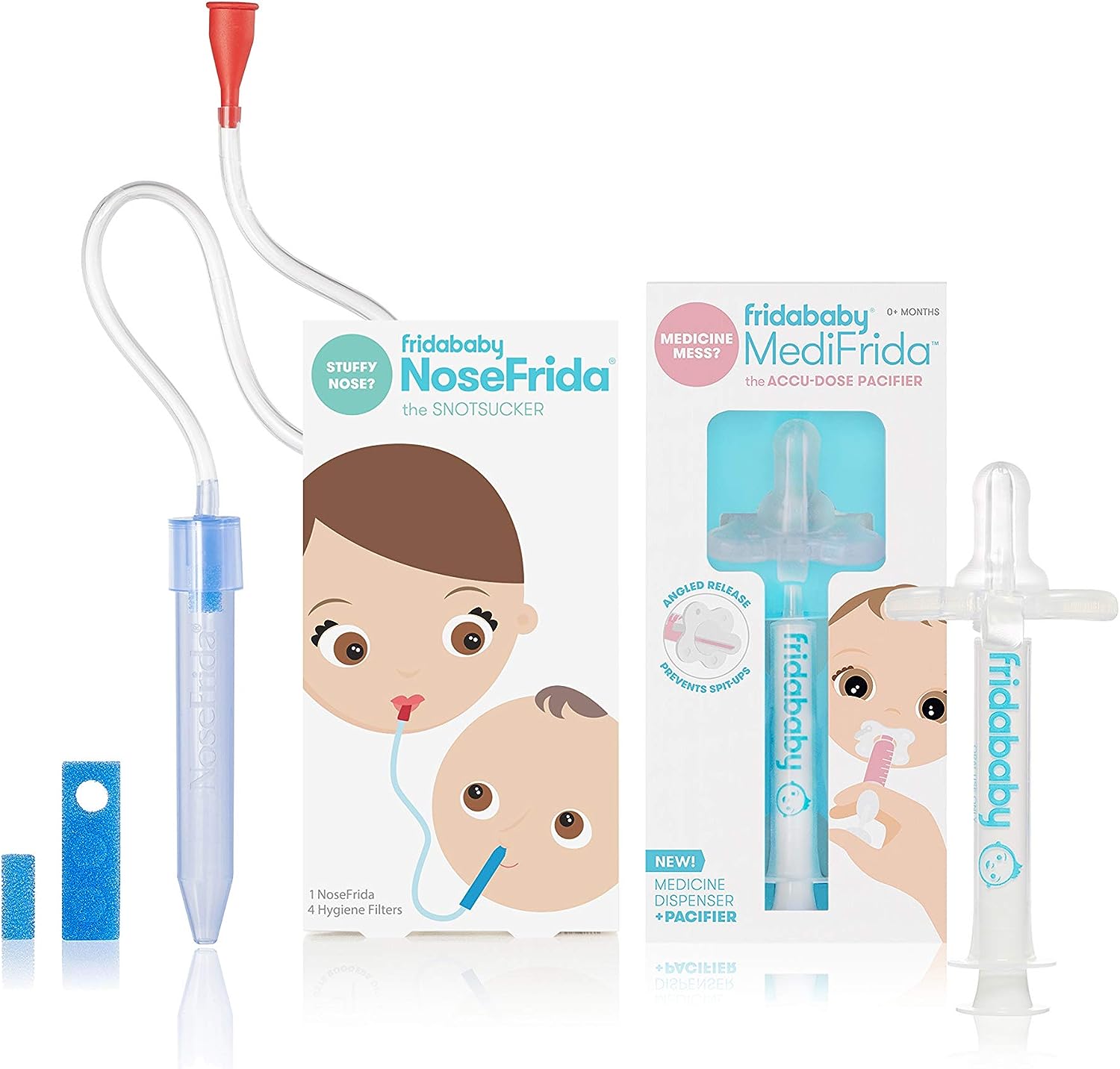 "li" NOSE-FRIDA: Creates a seal with the outside of the babyâs nostril for comfortable + non-invasive snotsucking "li" FILTERS: Disposable filters are clinically proven to prevent the transfer of mucus or bacterial germs to the snot sucker when clearing stuffy noses. Replace filter after every use "li" PEDIATRICIAN RECOMMENDED: All items are BPA free and dishwasher safe making it easy to clean and safe to use. Only paci-style dispenser that is CPSC-approved for use as a pacifier. "li" PARENT MUST-HAVE: Includes 1 NoseFrida, 4 Hygiene Filters, Medicine Dispenser + Pacifier